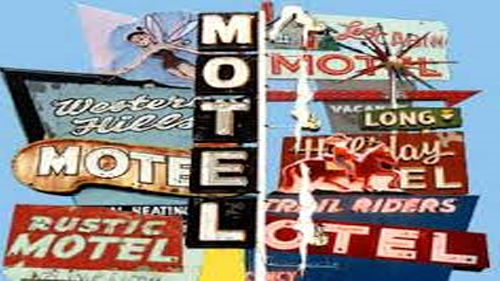 The Motel market in Australia, like all real estate, suffered through 2008 and 2009 due to the Global Financial Crisis, with a softening in yields as a result. Transaction volumes have decreased since the highs of 2006/2007 due to both restrictive bank lending practices and the lack of buyer interest. This decline was on the back of a market reflecting reduced tariffs and occupancies.

The longevity of the resources boom has been brought into question by mining companies as the relatively high cost of doing business in Australia impacts on project viability. As a result, projects have been deferred and in some cases, shelved. The flow-on effects from this slowdown remain uncertain, though it is expected that ancillary services associated with the resources industry will be impacted to some extent. This has created uncertainty within the Motel market.

However the easing of the official cash rate by the Reserve Bank of Australia appears to have resulted in a welcome lift in household confidence, despite mixed signals in major economic indicators in recent times.

Although there are now, in 2014, more obvious signs of economic improvement, with Interest Rates at all-time lows, buoyant retail sales over Christmas, an upbeat residential real estate market, and increasing residential building approvals.

Having said this, not a month goes by without a major company announcing job losses, business closures or profit downgrades (or losses). In January 2014, the Unemployment rate increased by 0.1 percentage point to 6.0% (seasonally adjusted), the highest it has been since 2003. In early March, Qantas announced it was sacking 5,000 workers and culling under-performing routes.

Although on the plus-side, the Australian Dollar (when compared to the US Dollar) was hovering around 90 cents in early 2014, down from the 2012-2013 high of around 110 cents. Over the last year or so the Aussie Dollar has also receded against other major currencies.  The drop in the Aussie Dollar has more than likely added to the increase in the volume of international tourists. The number of short-term visitor arrivals (trend estimate) to Australia in December 2013, as reported by the Australian Bureau of Statistics, was 7.5% higher than in December 2012.

The Australian tourism sector in general seems to be on the rise after a number of years battling the effects of the Global Financial Crisis, in addition to natural disasters including floods, droughts, cyclones and bushfires.  Most people in the industry remain cautiously optimistic and business appears to be improving in larger centres and areas with major tourist attractions.

Some regional areas are still struggling, sentiment remains positive.  Our opinion is that the tourism and accommodation sectors will continue in an optimistic vein supported by a number of significant international events bringing an influx of overseas visitors to Australia over the next 12-18 months. Major events include the G20 Summit, the Cricket World Cup, the AFC Asian Cup, the Netball World Cup, the Pan Pacific Masters Games, and the Pan Pacific Swimming Championships, to name a few.

Owners and operators need to be aware of their strengths and weaknesses, and utilise these to optimise their particular niche in the marketplace, and target clientele according. Constant upgrading is mandatory, and the old rule-of-thumb is a major refurbishment every 7 years.

Motels are typically purchased, and therefore valued, in relation to the quality and quantity of their net income stream. Due regard is given to location and access; position and exposure; size and quality of rooms; competition and proximity to services; seasonality of trade and potential for growth; and the ability for further development.

With the major events planned, and the tourism sector appearing on an upward trajectory, now is the time to ask whether the business is performing to the best of its merits or is in a position to take advantage of all opportunities. Areas to investigate include:

These are examples; there are many others; and experienced Owners and Operators will be familiar with these questions.

With the Federal Election in September last year, the incoming Government declared Australia “Once again open for business”. This positive attitude has provided the broad Australian economy with a much needed ‘shot in the arm’ of confidence!

With 2014 now in full swing, I hope you are all seeking to take advantage of this renewed confidence and the many upcoming major events. We are all looking forward to better times ahead.

For a discussion, advice or assistance with Motels. Contact Kyle Newbery

Sorry, the comment form is closed at this time.

Australian Valuers are your independent property valuation experts. Our team of specialist property valuers will turn every stone to ensure you receive the right advice with fast turn around times.

We understand you need clarity from a reliable source, we’re here to support and guide you.